After 5 rounds of hard fought racing, the 2019 ECCC road season wrapped up this weekend with the ECCC championships in Charlotte and Milton, Vermont. With double points available for all racers, every position counted in the hunt for both the individual and team overall classifications. McGill cycling was well represented this weekend with a squad of 8 making the trip down for the final collegiate race of the season.

The first race of the weekend was the Mt.Philo road race. The course consisted of a 17 km undulating circuit around the roads of Charlotte, VT. The first racers to hit the road for McGill Cycling were Rebecca Bellworthy and Alexis Blanchet-Cohen who in both of their ECCC debuts, rode fantastic races through the heavy rain. Alexis finished an impressive 15th place in the Men’s C field and Rebecca crushed it in the Women’s D race, finishing 3rd place. The next wave to hit the course was the Men’s B field. After a piss-poor start, Félix Fournier rallied back to finish 3rd place in a pack sprint, much in part to his loyal domestiques Jose Antonio Jijon Vorbeck and Adithya Lakshminarayanan, who finished 12th and 14th respectively. Finally, the Men and Women’s A races hit the course. An early four man breakaway stayed well clear of the Men’s A peloton and after 100km Nick Kleban sprinted up the final rise to the line to finish 5th place, opening a gap ahead of the pack behind him. Felix Oestereich, rolled in to the finish in an applaudable 18th place with the pack after doing lots of work at the front of the race to try to reel the early breakaway back. Meanwhile the Women’s A race was not short of excitement. On the last lap, a breakaway of four surged all the way up to the Men’s A pack and the groups began to leap frog with each other up until the finish were McGill’s Mary Hnatyshyn sprinted her way to the last step of the podium, coming across the line in an amazing third place.

The final race of the weekend and season was the Milton circuit race; a 4.4 km circuit style race on quiet country roads. In the Women’s D race, Rebecca road another great race, just getting nicked at the finish line to finish 3rd again. Meanwhile in the Men’s C race, Alexis rode a hard fought race and toughed out a respectable 24th place finish. In the Men’s B field, the boys rode with everything they had but unfortunately were swamped out before the final sprint. In the end, Antonio, Félix and Adithya finished 8th,13th and 15th respectively. Next, in the Women’s A race, the packed stayed glued together the entire race and Mary finished an impressive 8th place in the bunch sprint. Finally, in the Men’s A race, Nick Kleban won the sprint out of the peloton for 3rd place and Felix sprinted himself to finish 15th.

With their great performances this weekend and at the other race weekends, some McGill Cycling riders also made their way onto the series overall podiums. Félix Fournier was crowned the ECCC Men’s B champion and Nick Kleban finished runner-up in the Men’s A series overall. In addition, McGill University finished 7th overall in the team classification. As impressive as all these results are, the undisputed highlight of the season was the emphatic victory the McGill cycling team of Mary Hnatyshyn, Rebecca Bellworthy, Nick Kleban and Jose Antonio Jijon Vorbeck claimed in the annual ECCC “peep off” this weekend.

It was an amazing season and we as McGill Cycling would like to thank all the people who support us and make all of this possible. We can’t wait until next season! 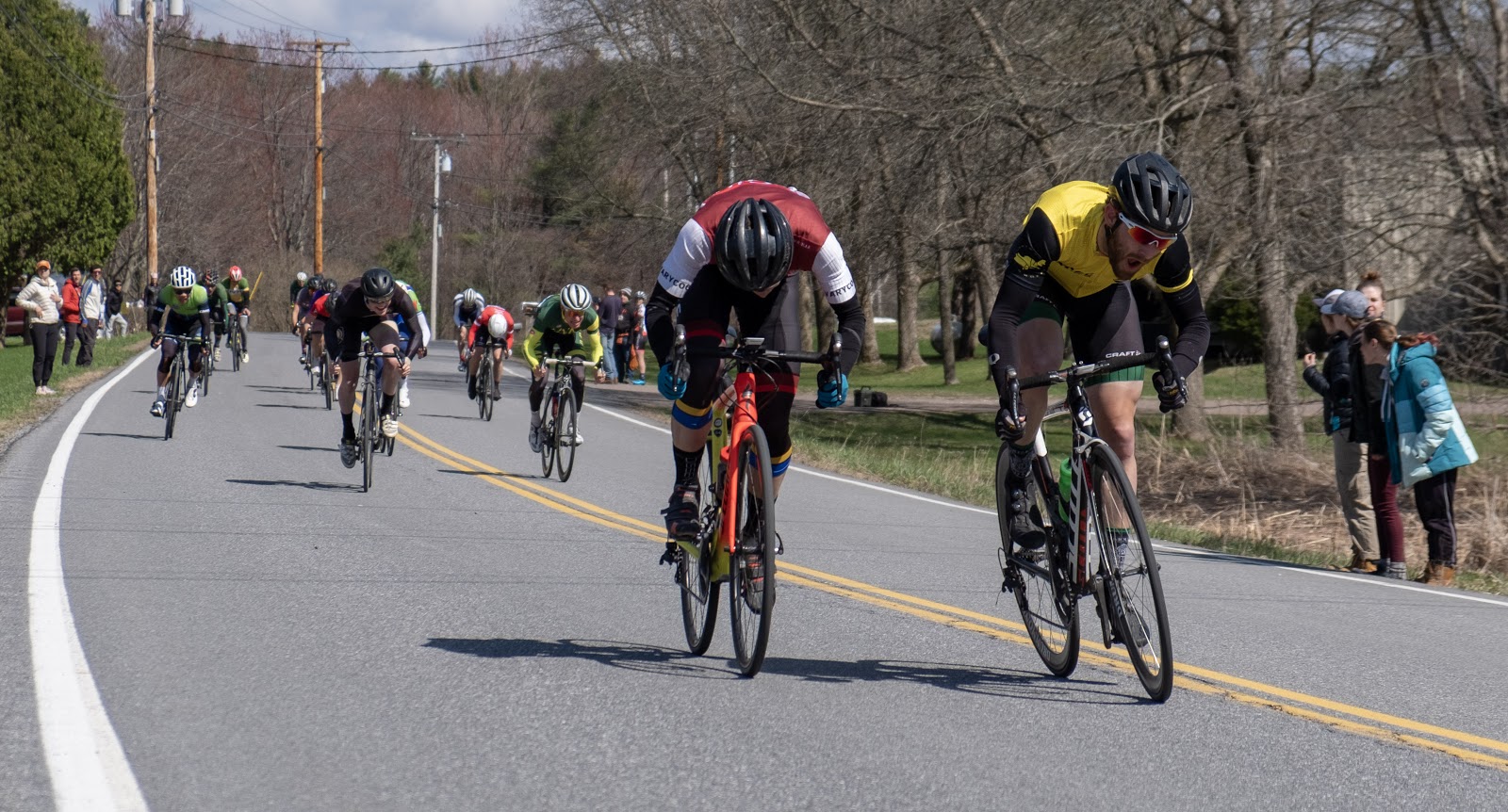 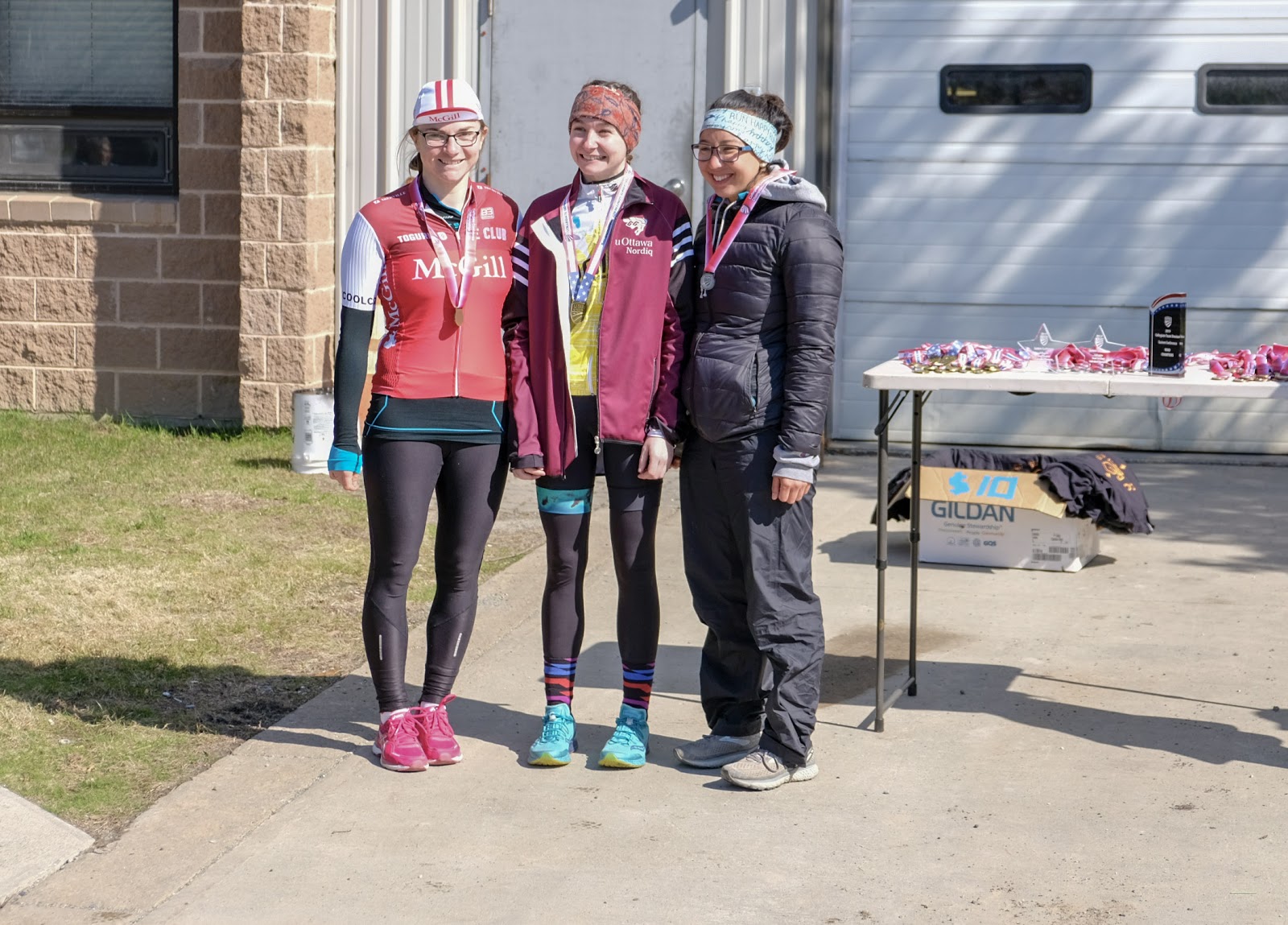 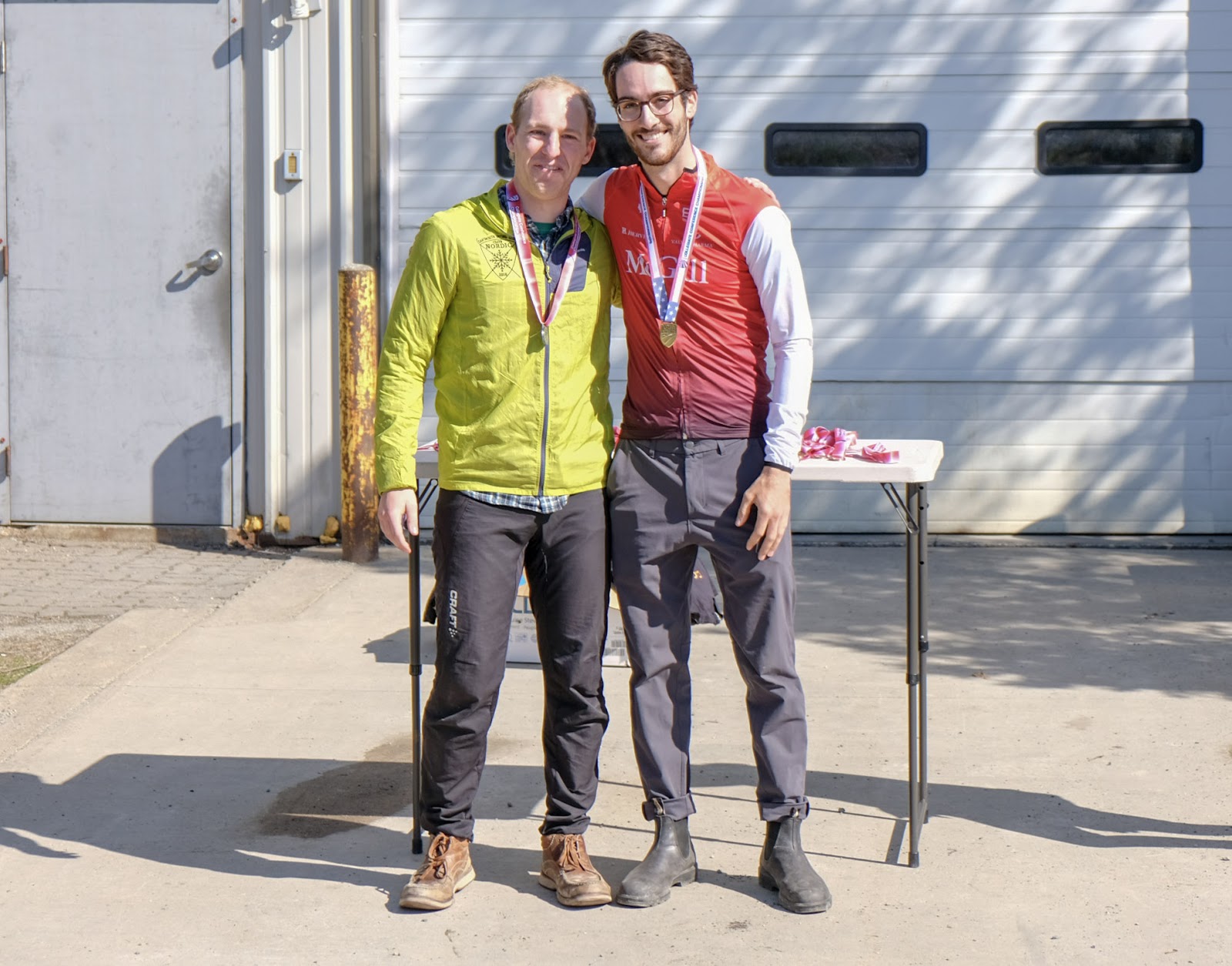 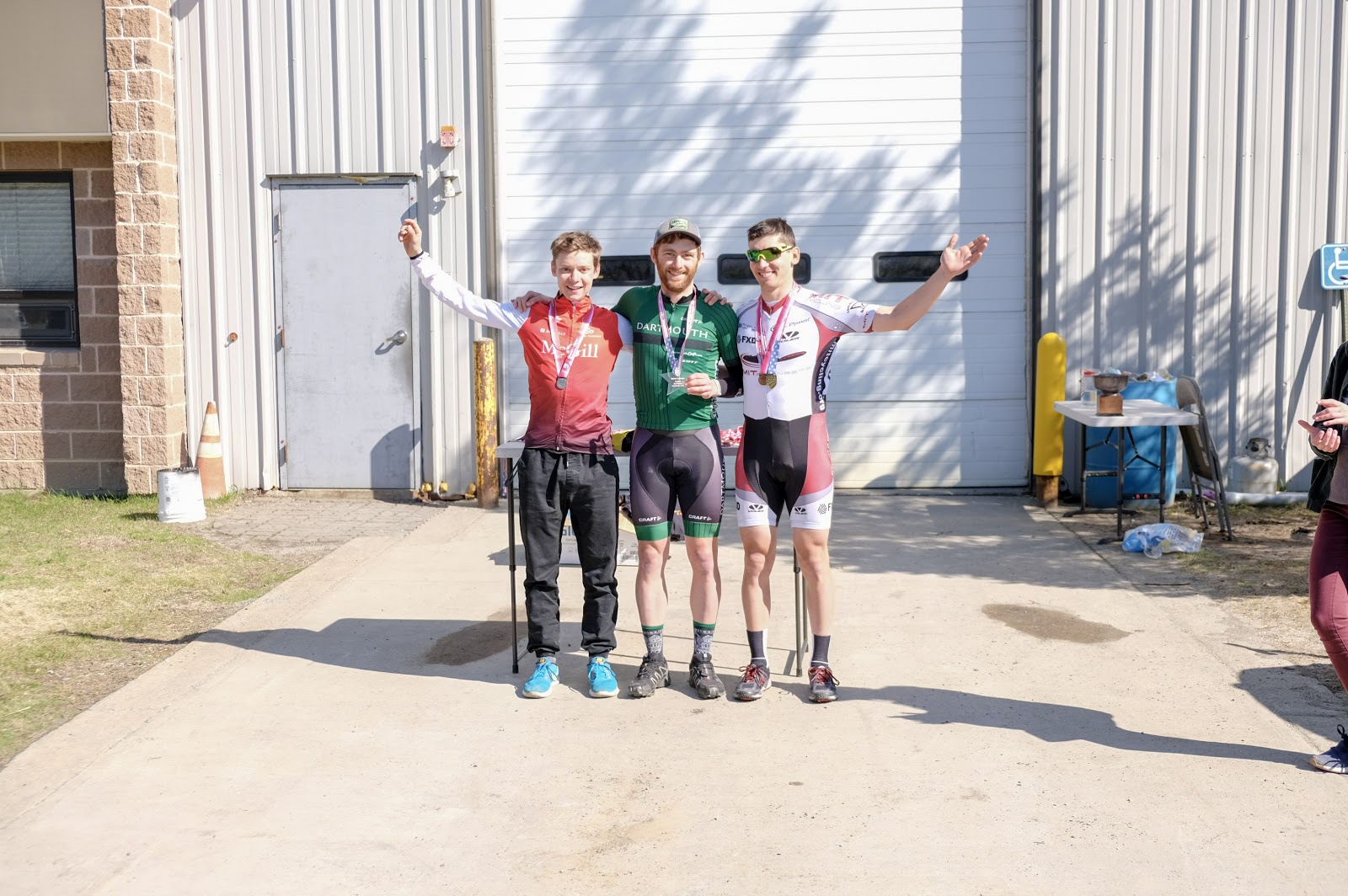 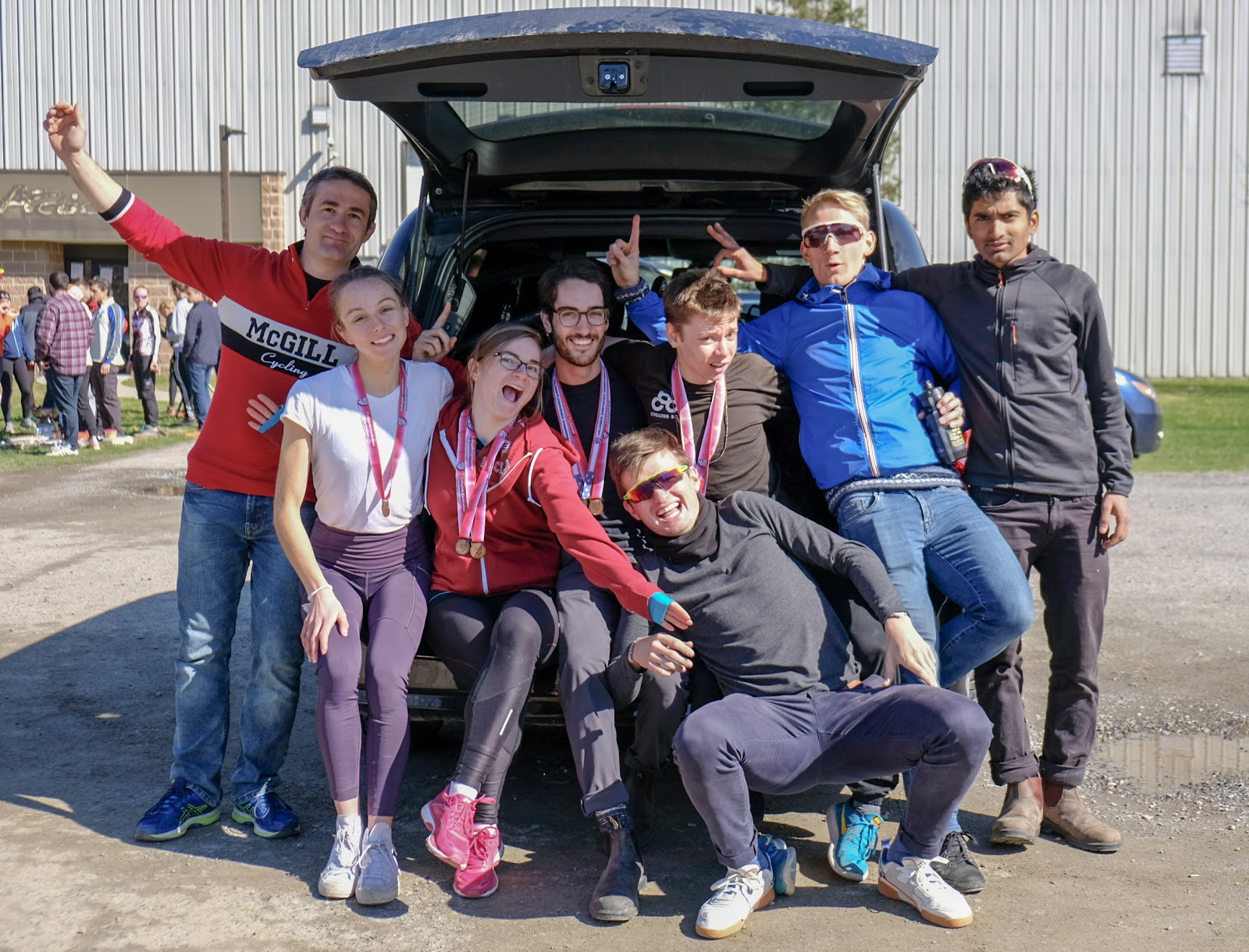 Great racing season everyone! Fired up!!!